I  have been waiting impatiently for the release of this audio!

I am thrilled with the performance of Cheyenne Bizon and Paul Bugallo, both from Ohio (where the main characters of the book were from). They did an amazing job. Please do take a look and if you’re new to audible, you can get this audiobook for free!

Petworth, England 1944. First Lieutenant Janet Castner is assigned to a small hospital unit when Operation Overload begins. Amid the turbulence of nursing the critically 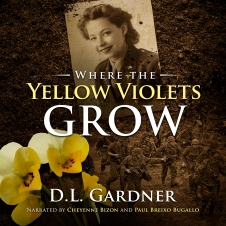 wounded GIs arriving from Normandy, her arrogant commanding officer takes her aside and asserts his love for her. Passions flare when he wrongly suspects her and another officer of having an affair.
Unbeknownst to the major, Janet has instead sworn her love to a seriously injured infantry man Sergeant Lou Morrissey. When the major discovers their clandestine romance, he wields his authority in order to destroy their lives forever. Based on actual letters written by Lieutenant Janet Castner during WWII.
©2018 D.L. Gardner

Cheyenne Bizon is a Northeast Ohio native. Her first theatrical endeavor when she was a child of 5 hooked her firmly on the theatre, and her acting journey has led her through a wide variety of theatrical disciplines on stages all over Northeastern Ohio. An actor, singer, artist, narrator, and seasoned dabbler of all things creative, Cheyenne seeks to travel the world and sample the artistic flavors of as many cultures as possible as she pushes forward in her artistic career. She is currently based in Cleveland, Ohio.

Paul Breixo Bugallo was born in Miami, Florida, but raised in Seattle. This is where he discovered his passion for the performing arts. He attended Central Washington University 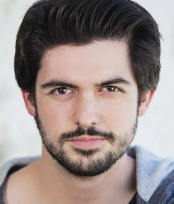 where he earned his Bachelor’s of Fine Arts degree in Theatrical Performance. Now residing in the proud city of Cleveland, Paul has just finished his Master’s of Fine Arts degree in acting through the Case Western Reserve University/Cleveland Play House MFA Acting Program. While primarily a theatrical performer, Paul is now jumping head first into a plethora of artistic formats. When Paul is not on stage you can usually find him at a local bar drinking draft or around a table playing a board game.

With a passion for wholesome and entertaining stories, Dianne Lynn Gardner dives into fantasy novels both adult and young adult. She is both a best selling author and an award winning illustrator who lives in the Pacific Northwest, USA. Mother of seven and grandmother of 16, Dianne wants to make sure that books which ignite imaginations, strengthen friendships, spur courage and applaud honor are available to every reader in the world.
View all posts by Dianne Gardner →
This entry was posted in audio, Books, historical romance, inspiration, Love, Romance, Stories, Video, WWII. Bookmark the permalink.

2 Responses to Audio to Violets